Forty years ago I was a 12 year old boy heading off into the woods with the intention of finding wildlife. I had read all Hugh Lofting’s Doctor Dolittle Books, like The Story of Doctor Dolittle: Being the History of His Peculiar Life at Home and Astonishing Adventures in Foreign Parts Never Before Printed, at junior school and loved his ability to talk to the animals. I had also read all the Gerald Durrell books like My Family and Other Animals in the previous year. Oldham, however, had neither talking animals like in Doctor Dolittle, not was it an island paradise like Durrell’s Corfu. It was a grim brick and stone industrial wasteland, still with bomb sites, from the Second World War, and huge redundant factories.

A two-week family holiday in South Wales in August was my rare chance to experience warmth, sunshine and exotic wildlife like this Blue Tit in my nature notebooks: 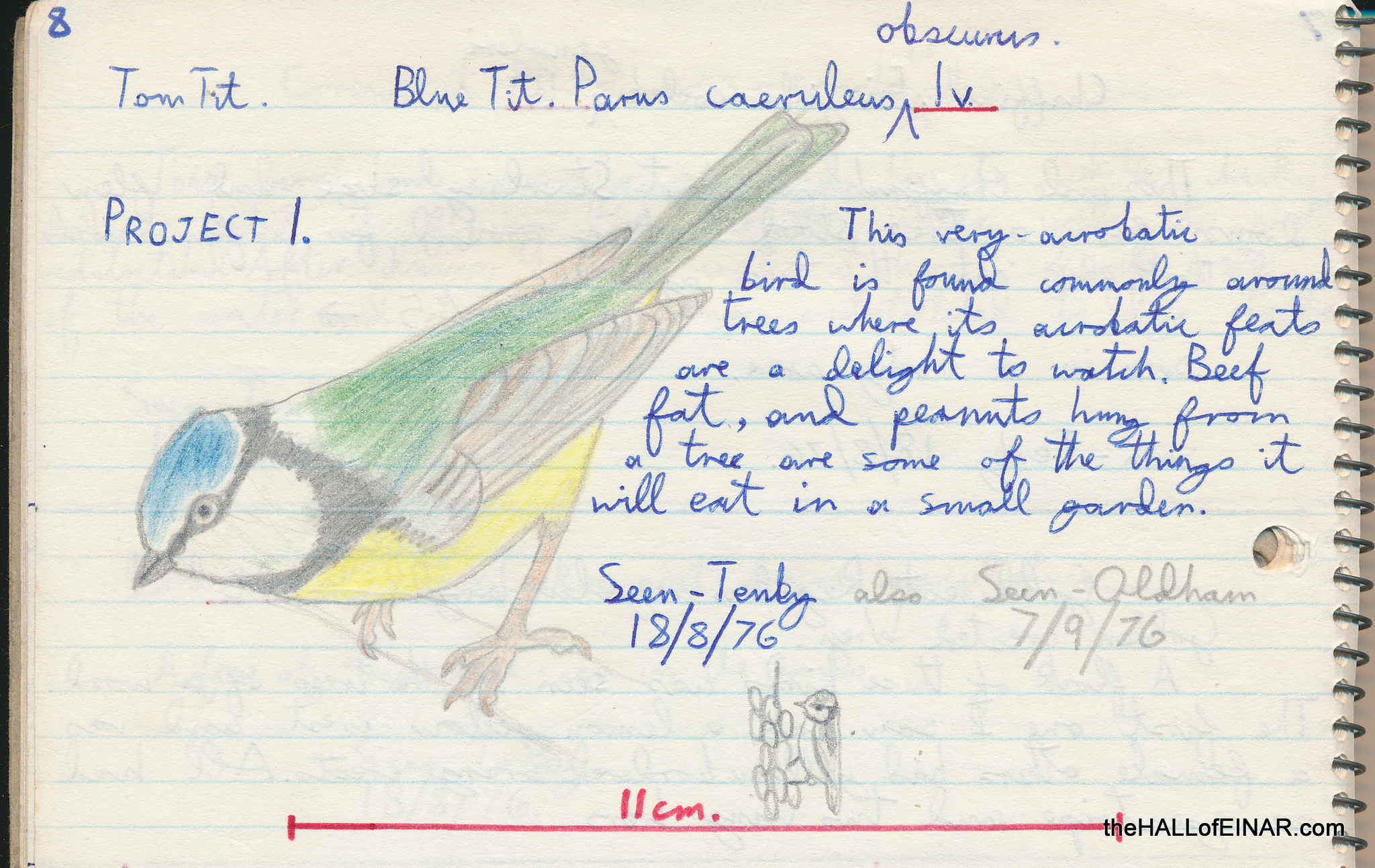 Now here I am in South Devon. Its not quite Doctor Dolittle’s Puddleby-on-the-Marsh in the West Country, but it’s a pretty close approximation. Blue tits are everywhere in the trees, busy in flocks finding food.

Just like in 1976, “Its acrobatic feats are a delight to watch.” 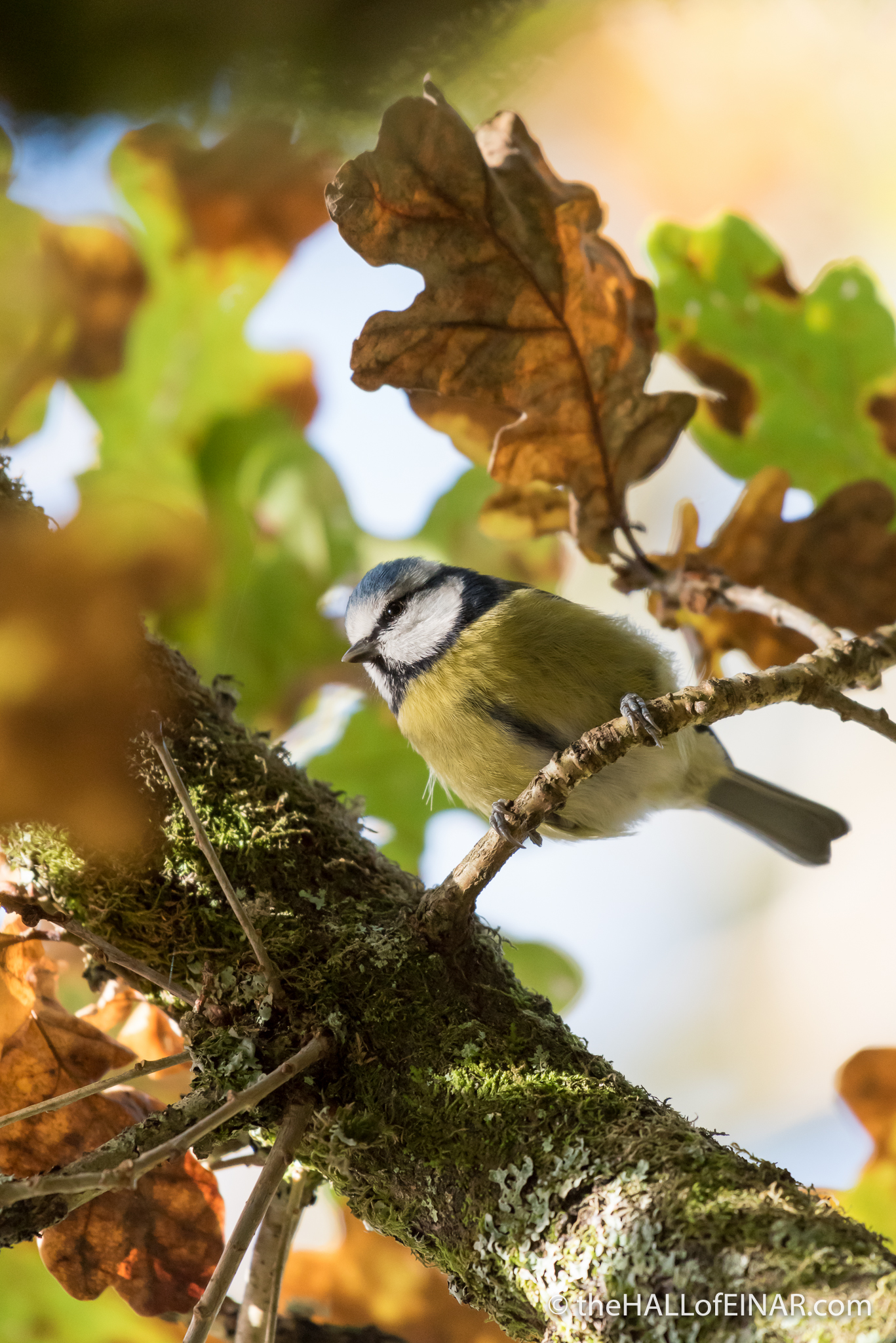 My idea of an exotic summer holiday now is a trip to Orkney. I don’t think Blue Tits are very common there either. 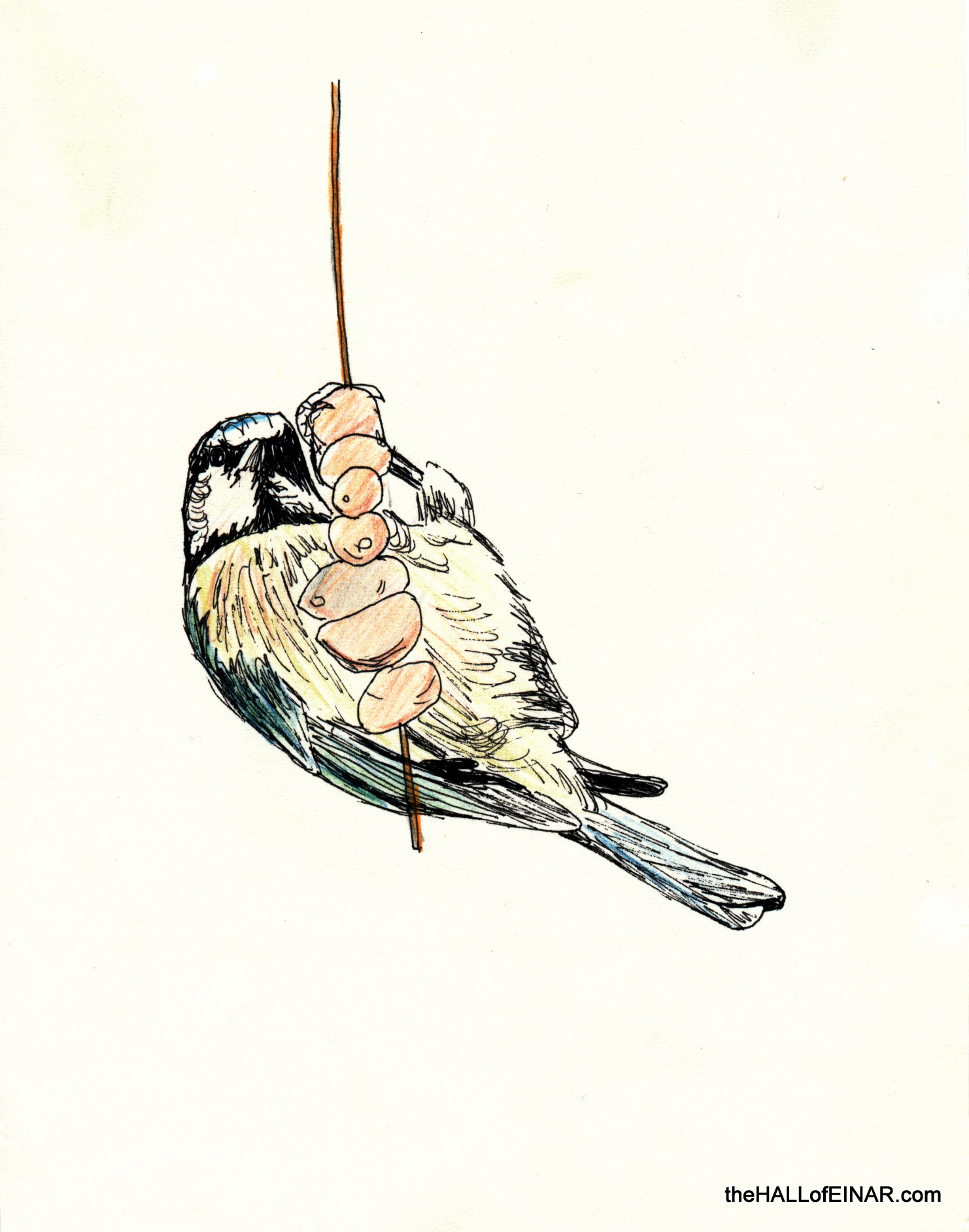