Earl Sigurd the Stout was an Earl of Orkney. The Orkneyinga Saga says he fought with a Raven banner made by his mother. She told him that the standard bearer who held it would die but that he would survive. Naturally that turned out to be true and the three men who held it were all killed while Sigurd survived. It’s common to find tales of women weaving magic into cloth, tapestries or banners. If you’ve ever seen any of Leila Thomson’s tapestries at the Hoxa Gallery you’ll know that this is true.

The Raven banner was a classic design used to suggest death on the battlefield and also invoke the Norse god Odin, who was said to be accompanied by two Ravens on his shoulders called Huginn and Muninn. Their names mean thought and memory.

Here’s a stained glass interpretation of Sigurd the Stout in St Magnus Cathedral in Kirkwall, accompanied by his Raven banner. 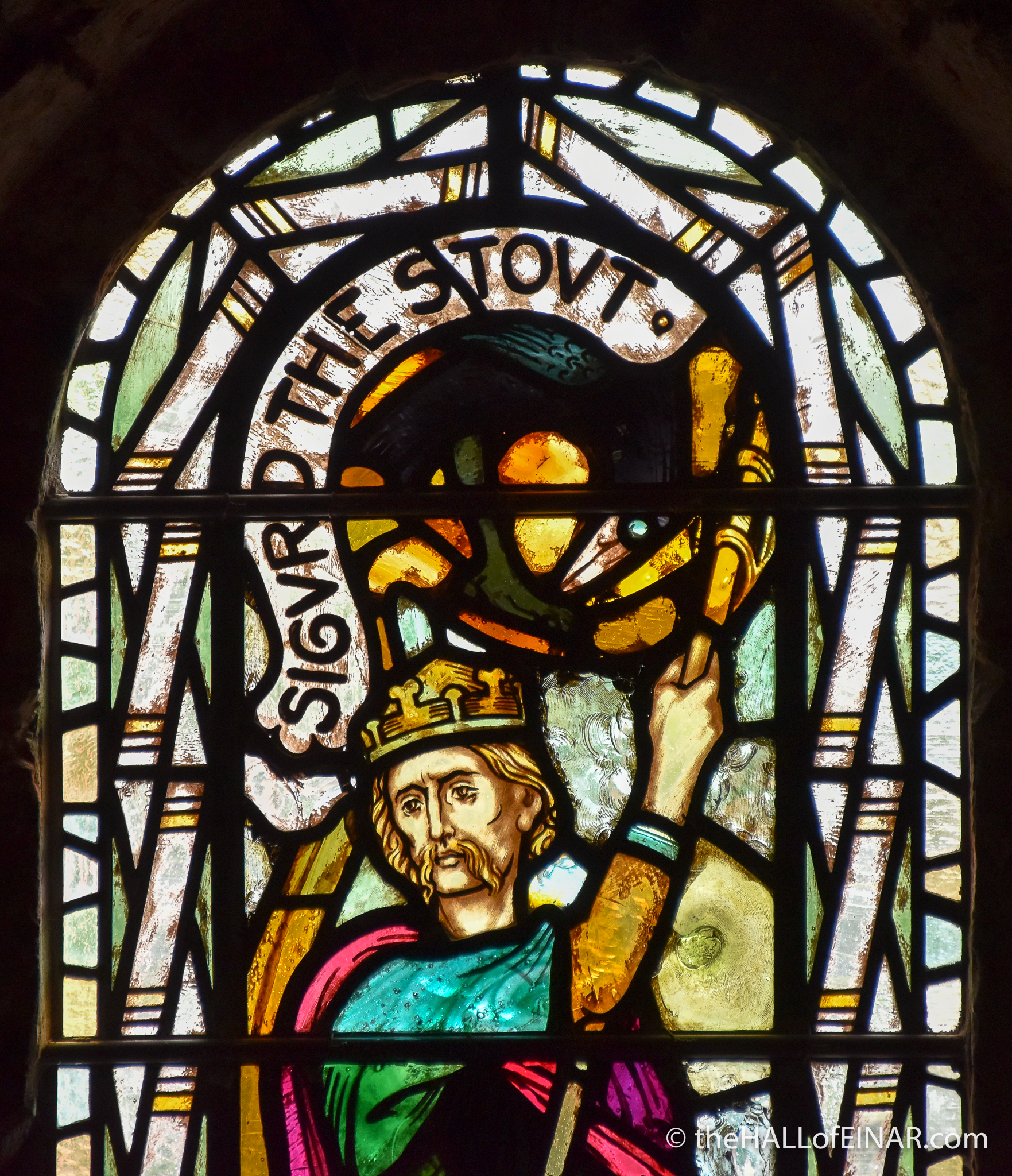 I love the eye of the Raven in this interpretation.