I’m fascinated by this neolithic petrosphere, or stone-age stone ball, at the Orkney Museum. I lean forward and suddenly bump my nose on the glass looking at it. What is it? What was it used for? 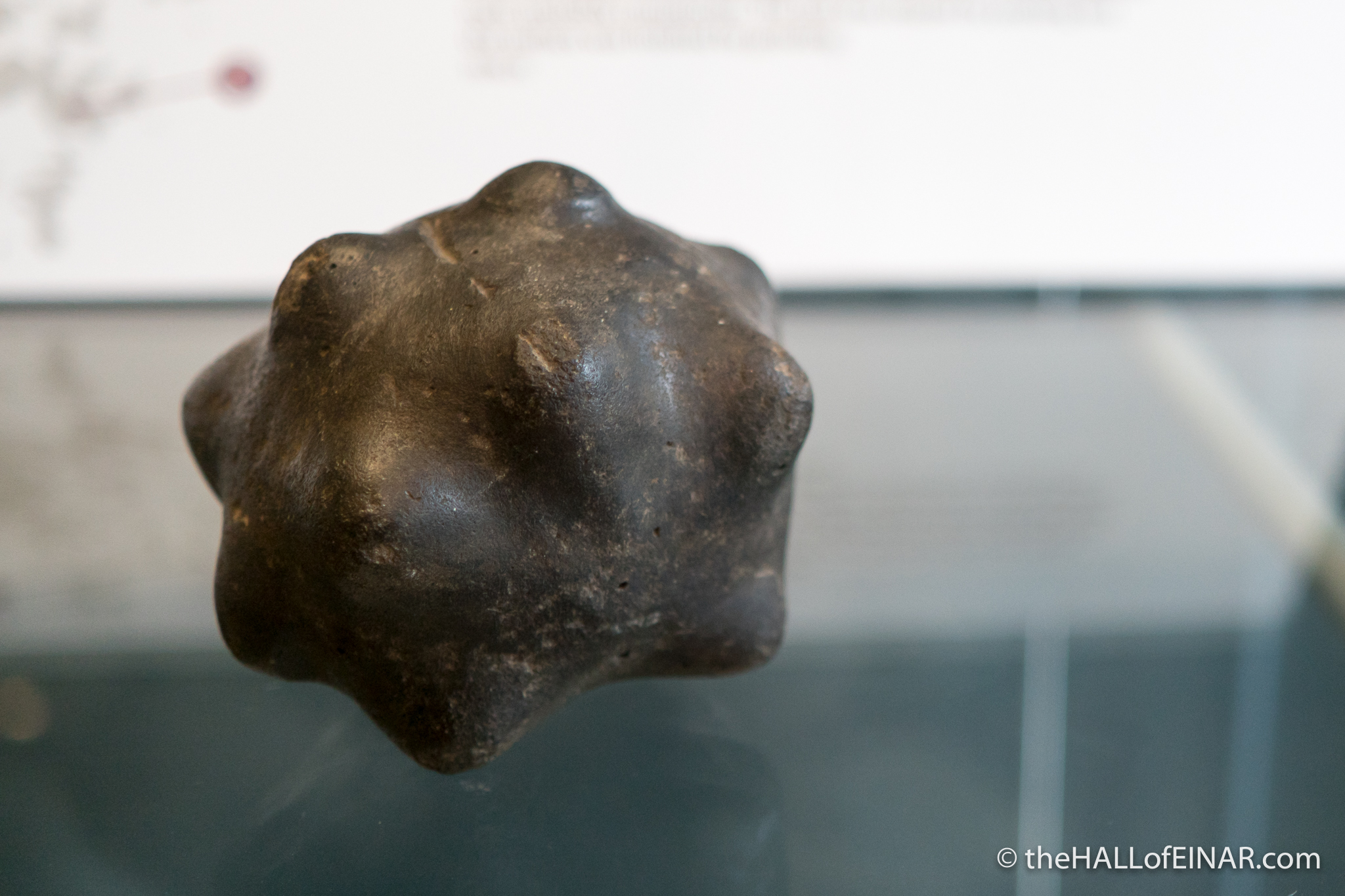 We’ve now discovered over 400 of these stone balls, all from the north-east of Scotland. They have anything from 3 to 160 or so bumps on them. Why?

They’re all the size of a tennis ball or orange. At first they look like weapons; the grooves and bumps would enable you to tie leather straps around them and use two of them as a bolas. You could throw it and entangle the legs of an animal you were hunting. They aren’t found in twos though. They are also all undamaged and some are far too decorative. Surely you wouldn’t throw something that had taken you so long to make? What else might they have been used for? Some of the very decorative ones could have had social significance. I like the idea that they might have been the council’s ‘speaking stones’. If you had a meeting of the locals then only the person holding the ‘speaking stone’ would be able to speak so people didn’t shout over one another.

They could have been used as oracles, where ‘rolling the dice’ gave an answer to a decision, in a classic ‘Let chance or the Gods decide,’ way. That would certainly avoid you being blamed for an unpopular decision where opinion was split. Maybe the UK Government should have tried that option recently instead of a referendum? There aren’t any colours, numbers or dots on the sides though.

Maybe they were weights? Perhaps a poise for a set of scales? They could have been used tied to the corners of a skin for working the leather. Maybe they were just home decoration? Perhaps they were sophisticated ball-bearings used in the transportation of massive standing stones?

2 Responses to "A petrosphere at the Orkney Museum"