One of my favourite objects in the Orkney Museum is this neolithic pestle mace head. It makes me wonder just how fabulous people were 5,000 years ago to be able to make such beautiful and useful objects like this by hand with only tools and equipment that they had, in turn, made by hand. The maker chose to orient it so the banding of the rock would cross the mace head in a beautiful pattern. It’s likely they made it using a wooden drill-bit and lots of sand and water. I suspect that it also needed a huge amount of what my dad always referred to as ‘elbow grease’.

The ultimate purpose of a mace is to kill either people or animals with blunt-force trauma. It’s a skull-cracking weapon on a stick. Given just how beautiful this one is I’m hoping that it was more of a ceremonial object owned by an important person or a status symbol owned by a rich person. 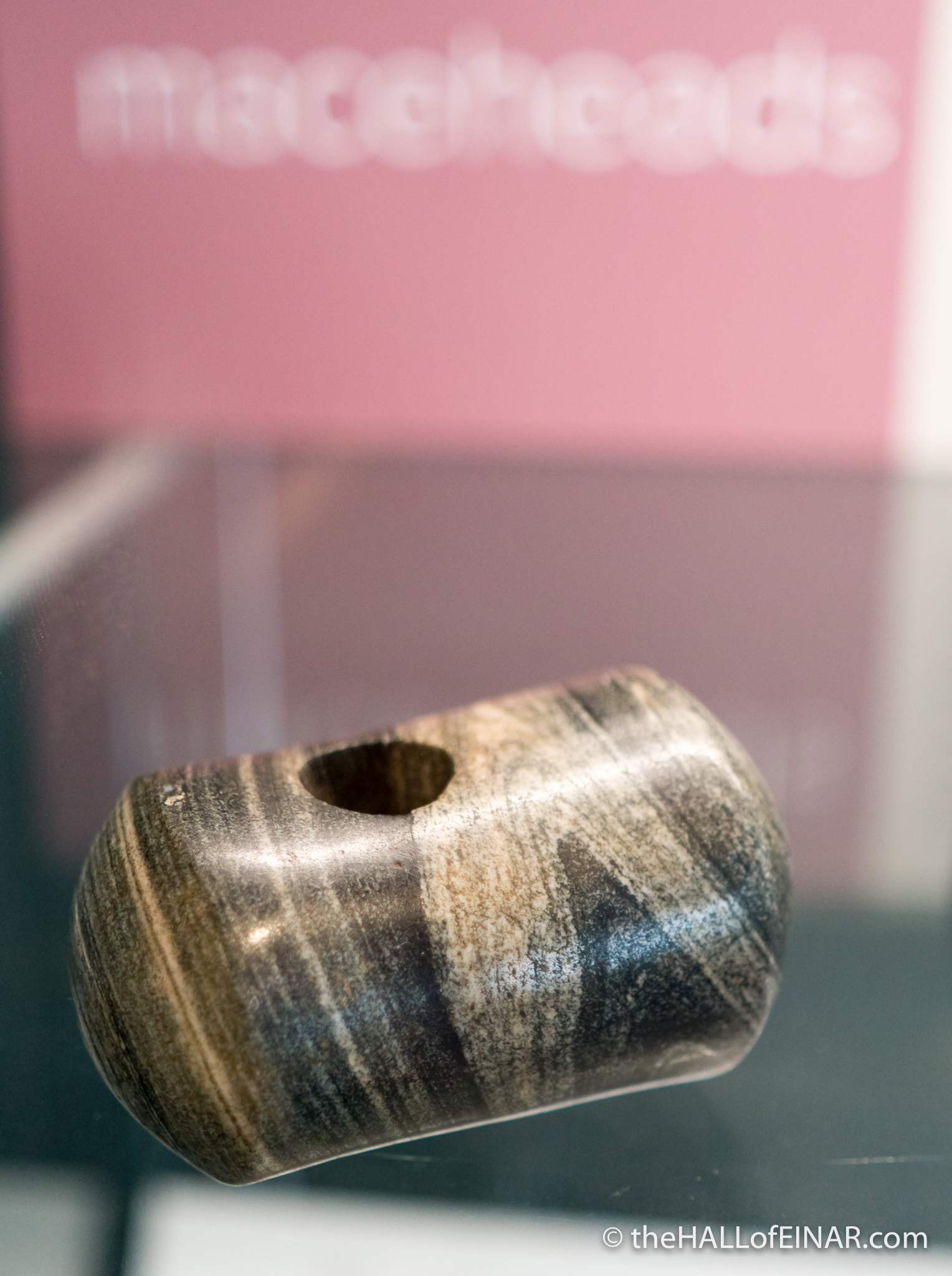 This one was found in a burial cist in Sandwick on Mainland Orkney. It was such an important and such a personal object it went to the grave with them. That, I can understand.