In the Old Testament of the Bible is a story written by a man who lay on his right side for 390 days in a row, to bear all the sins of Israel, and then turned over for another 40 more days for the sins of the people of Judah, because the voice of God in his head told him to do so. He built a model of Jerusalem in the sand and laid siege to a lump of clay with an iron pan because God commanded him to do so. He received instructions from the voice of God in his head to cook his bread on a fire of burning human excrement. When he objected to the voice in his head, he was given permission by God to cook his bread by using a fire of cow dung instead. He shaved off all of his hair and divided it exactly into three so he could burn it, strike it with a sword and scatter it in the wind. He heard the voice of God 93 times. That man was Ezekiel and he had all the classic symptoms of schizophrenia.

Ezekiel describes seeing God approaching as a warrior, riding in his battle chariot. The chariot is drawn by four creatures, each of which has four faces, those of a man, a lion, an ox, and an eagle, and four wings. Next to each creature is a wheel within a wheel, with tall wheel rims full of eyes all around. He hears, “The sound of the wings like the sound of mighty waters like the thunder of the almighty, a sound of tumult like the sound of an army”.

Command hallucinations, hearing voices in visions, having conversations about himself, hearing sounds; they’re all classic symptoms of schizophrenia. Nowadays Ezekiel would probably have a psychiatrist, a psychologist, a psychiatric nurse and a social worker on his team and be treated with antipsychotic medication to control his symptoms.

For 2,500 years, however, scribes have been copying, scholars have been interpreting, printers have been typesetting, religious people have been preaching and artists have been painting the results of his mental illness. In St Magnus Cathedral they even have a beautiful stained glass window dedicated to him; Ezekiel. 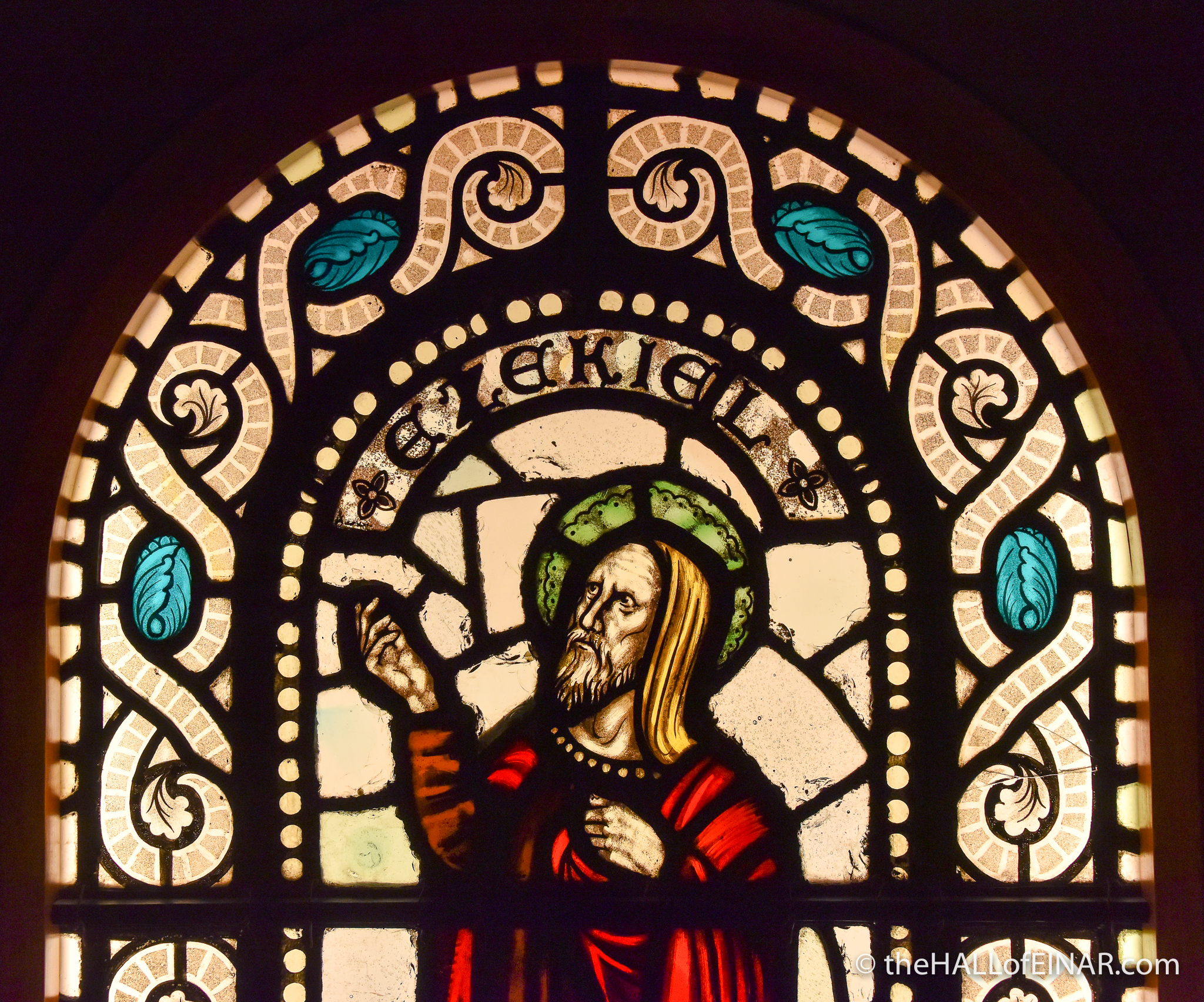 One mystery remains for me; why have 100 generations of people taken the psychotic ravings of a severely ill man with schizophrenia in the early Bronze Age as the indisputable word of God?