Burning seaweed on Westray used to be quite an industry. The island is still littered with low kelp-drying walls where the tangle of seaweed was dragged to dry out before being burned in pits. The kelp was rich in rare alkaline minerals and vital for the glass industry. It was also used in soap and in extracting iodine. In the 18th Century not everyone was happy with the industry though. It was said that kelp burning made Stronsay look as if it was an active volcano and when horses became sick local people blamed the kelp fires. In 1762 Patrick and John Fea took direct action and gathered men together to destroy the kelp, quenched the kilns and removed the tools, leading to a riot when they were apprehended and then sent to court. In court their mitigation was:

“It is the common opinion of Orkney and others that the burning of Tang in this Country had not only been the cause of bad crops of corn these three years past, but also that the same has been prejudicial to their persons and cattle when in sickly condition, and made them in a worse condition, and some of the cattle dyed by the smoke therof, and for want of wair the fish have gone from the shores, and the lempods (limpets) growing upon the rocks, being sometimes the food of the poor, for want of wair blades, their covering, have fallen from the said rocks by the heat of the sun, so that the poor people were deprived of that part of their food.”

From The Northern Isles: Orkney and Shetland – By Alexander Fenton

They said the smoke even made limpets fall from their rocks. Despite this, they were both found guilty and fined. I started to wonder whether they might have had a point.

In 2006 a scientific study of the soil around the kelp pits on Westray found that the high concentrations of arsenic in seaweed had been concentrated by the burning and were still there despite no burning having taken place for 100 years.

A field study conducted on Westray, Orkney, once a major centre for kelp production, shows that elevated arsenic levels (10.7±3.0 mg kg-1, compared to background levels of 1.7±0.2 mg kg-1) persist in soils in the immediate vicinity of the kelp burning pits.

Were the Feas criminals or environmental protestors? Defenders of the poor or wreckers of business? The law treated them as common criminals. How little has changed.

The walls are still there. They’re a beautiful reminder of an ugly industry. 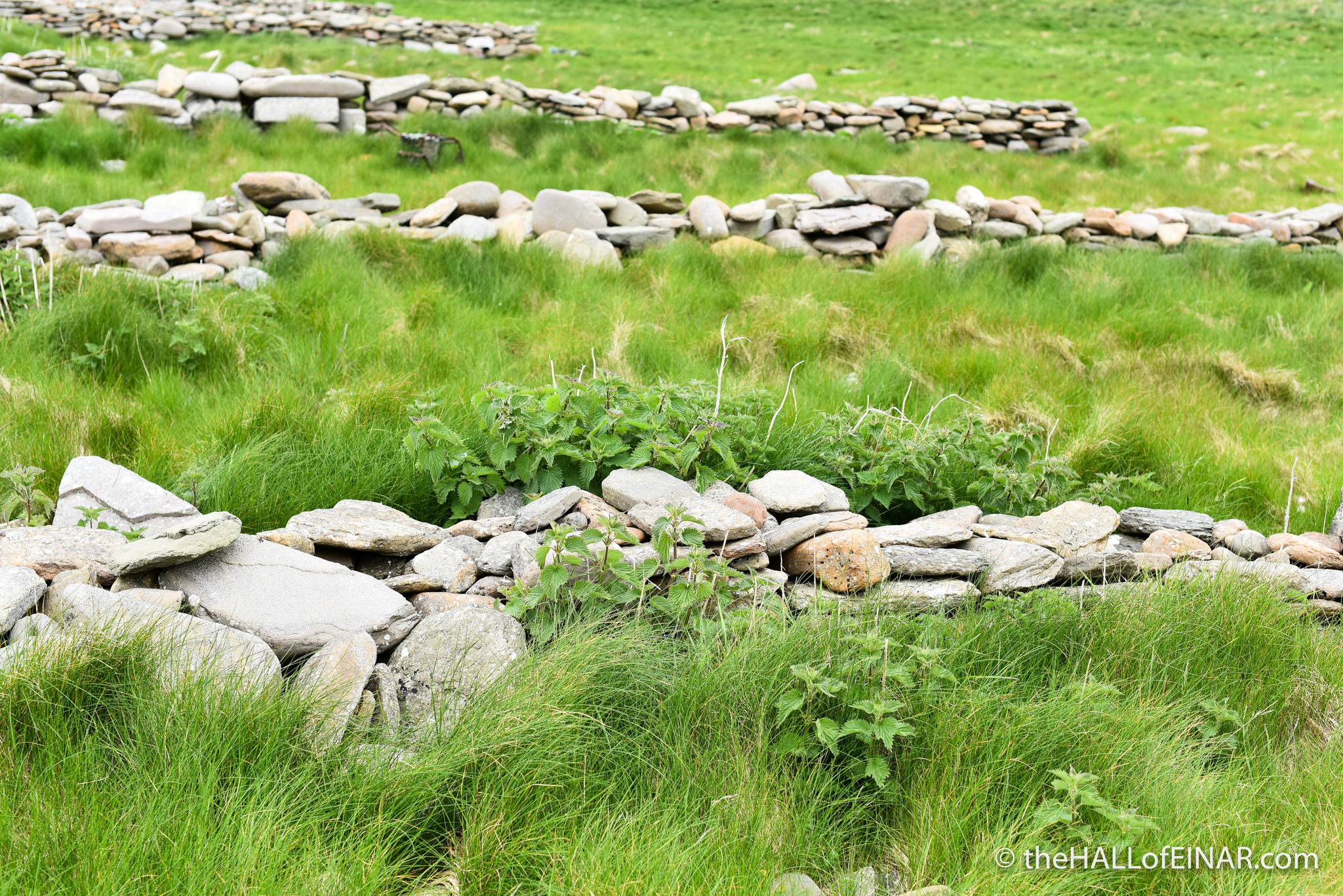