On Westray, if there’s a lump in a field, it’s either rubbish dumped by a farmer or an incredibly precious and very ancient archaeological site. 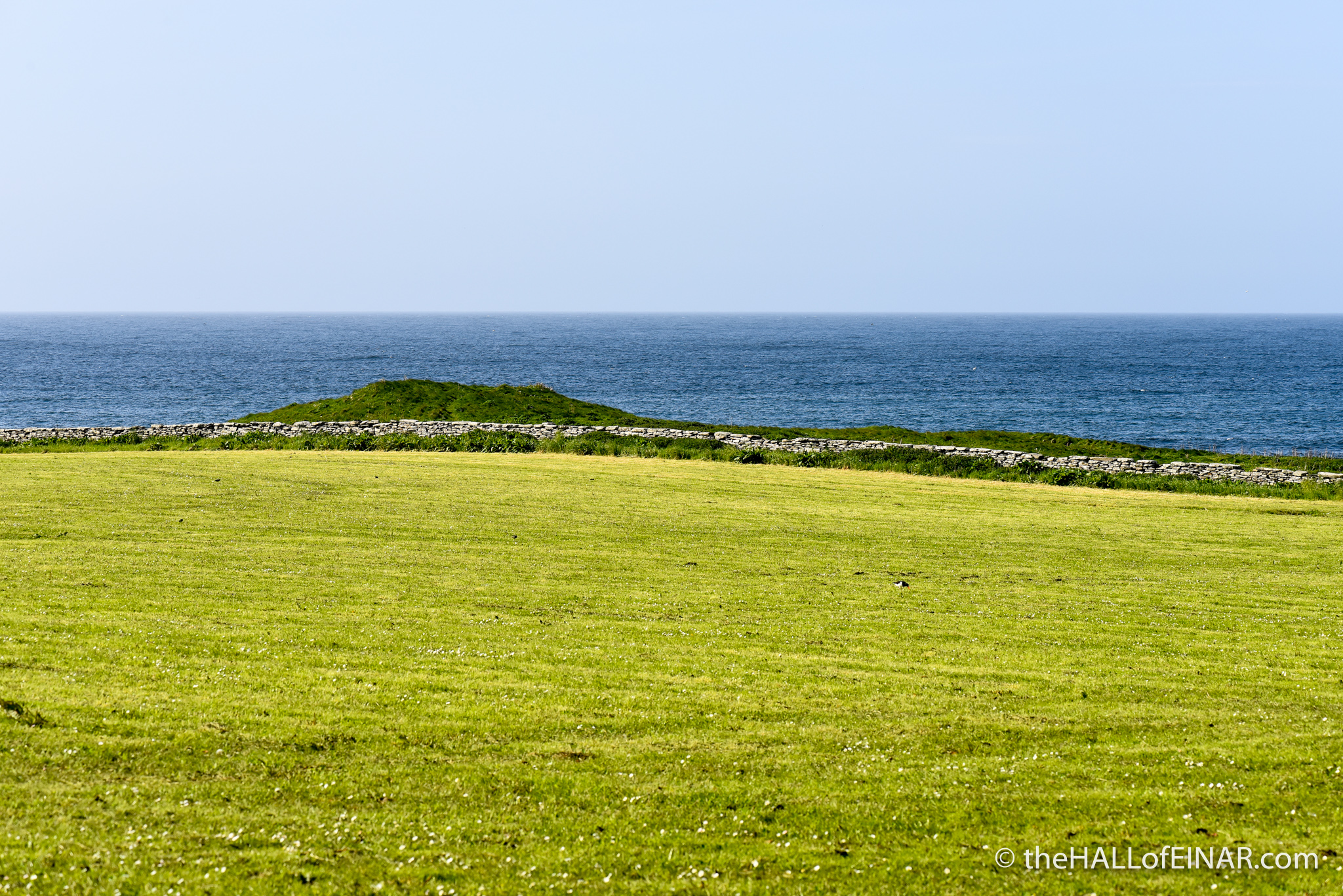 Next to Grobust beach there’s a grassy lump which is an Iron Age broch. Apparently that means a two thousand year old circular stone tower. This one is called the Knowe of Queen o’ Howe which immediately makes me want to know who the Queen was and where Howe was and what a Knowe is. The Queen, however, is probably a mispronunciation of Quoy which is an enclosed bit of wasteland used for farming. A Knowe is a small mound and the same origin as the word knoll. The name is therefore Old Norse meaning an enclosed mound.

I think I’d have much preferred the story if there was a queen involved.