Roberto Pendini was held prisoner on the Orkney island of Lamb Holm during the Second World War and worked as part of 1,000 men who spent four years and used 900,000 tons of concrete and rock to create the Churchill Barriers – a set of causeways between islands to stop German U-boats from sinking British ships at harbour in Scapa Flow. Men were injured and men died creating them.

They were finally completed and opened after VE Day.

A small group of the prisoners of war created a chapel out of Nissen huts and scrap materials which still stands isolated on the Island of Lamb Holm as an emblem of peace. The Italian Chapel was recently renovated and specialist art restorer Antonella Papa volunteered her skills to repair the damage of years of wind and weather and many hundreds of thousands of visitors. Here are Antonella and Roberto meeting in Moena, in northern Italy, in the birthplace of Domenico Chiocchetti, the original artist who created the chapel’s interior decoration, at the launch of the Italian translation of Philip Paris’s book Orkney’s Italian Chapel: La Chiesetta Della Pace. The book tells the story of the Chapel through the eyes of the prisoners and their guards and the families with whom they interacted. It’s an utterly compelling story, and one which is still bringing people together and helping form friendships across the world many years later. 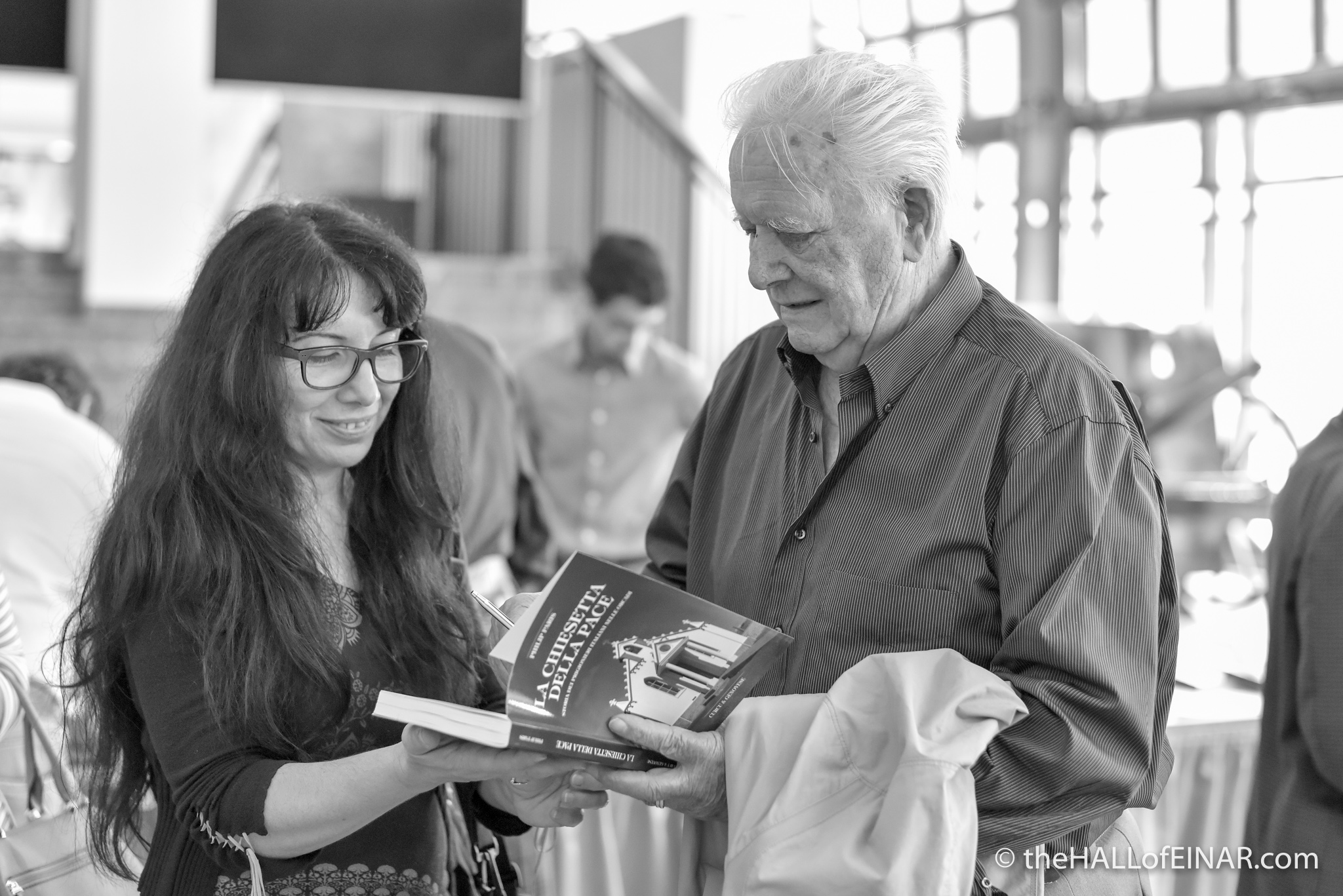