Skara Brae is exceptional. The eight houses there form Europe’s most complete Neolithic village. The domestic houses were occupied 5,000 years ago from 3180 BC to 2500 BC and have stone doorways, beds, furniture and hearths. The people there kept cattle and sheep, farmed barley, ate fish and shellfish and made beautiful tools and pottery. Orkney is justifiable proud of its incredible heritage. Skara Brea is also the earliest known evidence for the human flea in Europe. That’s something you won’t find in the guidebooks.

Viewed from above on Tommy’s light aircraft it’s possible to see the full setting of these incredible houses. 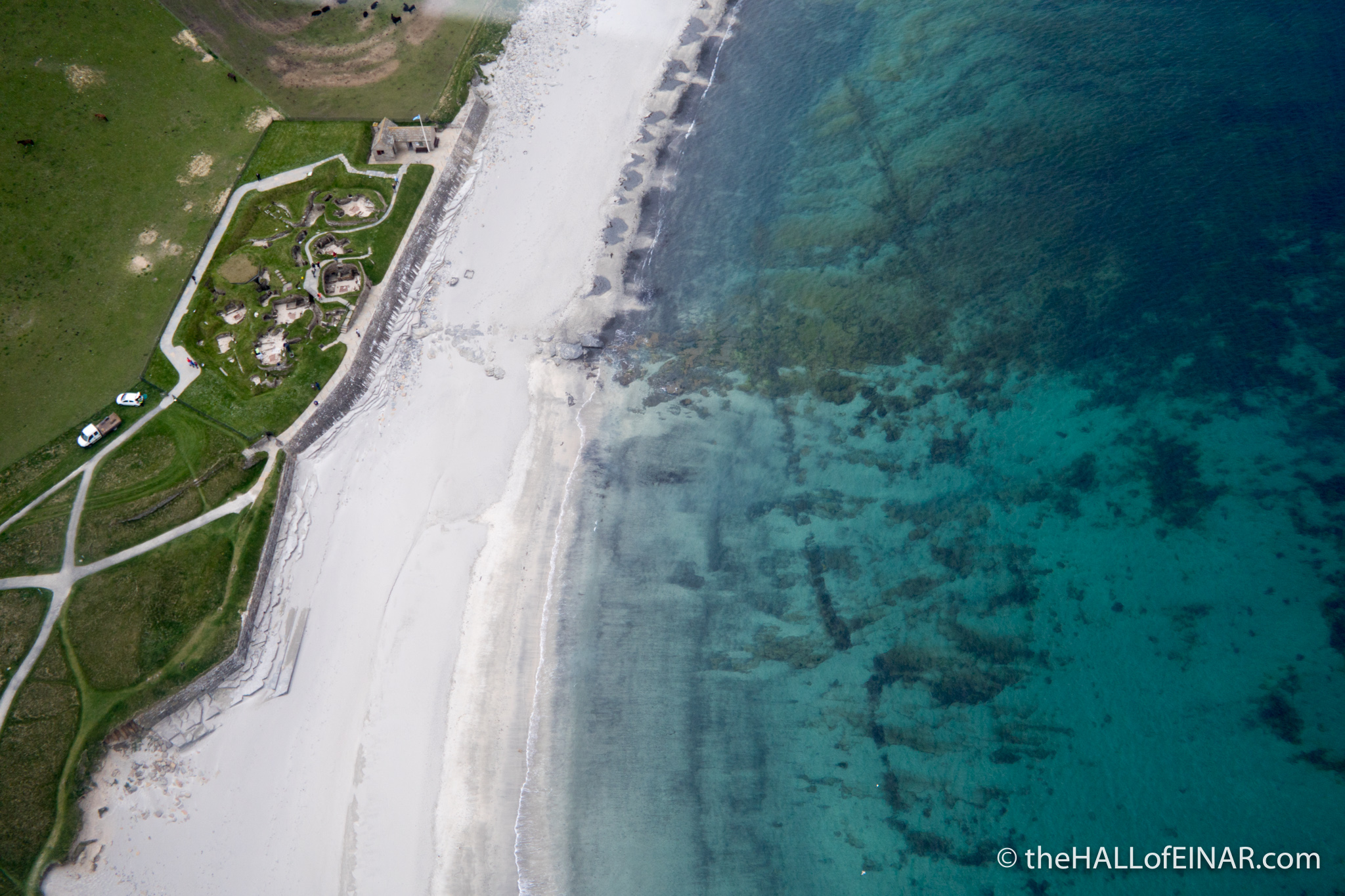 Stunning though it is, referring to it as the ‘Scottish Pompeii’, however, may be like referring to Torquay as ‘The English Riviera’. It sounds fine until you’ve been to the real thing. I think I’ll just have to go to Pompeii to find out. I think, in Skara Brea’s case, it might just be true.