Traces of the Vikings are everywhere in Orkney; from the runes carved in the Neolithic chambered cairn at Maeshowe to the Viking Cathedral of St Magnus, founded in 1137 by the Viking Earl Rognvald in honour of his uncle St Magnus. All show the effect of Viking invasion, settlement, trade and culture.

“Orkney was invaded and forcibly annexed by Norway in 875 and settled by the Norse. It was subsequently annexed to the Scottish Crown in 1472, following the failed payment of a dowry for James III’s bride, Margaret of Denmark.”

Today in Kirkwall there is a sign of the Norwegian Honorary Consul on the wall of a building on The Shore. Honorary Consuls are appointed by the Norwegian Government but are usually nationals of their host country. Their main task is to promote Norwegian interests and further Norwegian-British co-operation in Orkney.

Orkney as part of an independent Scotland? The Vikings might have something to say on that. 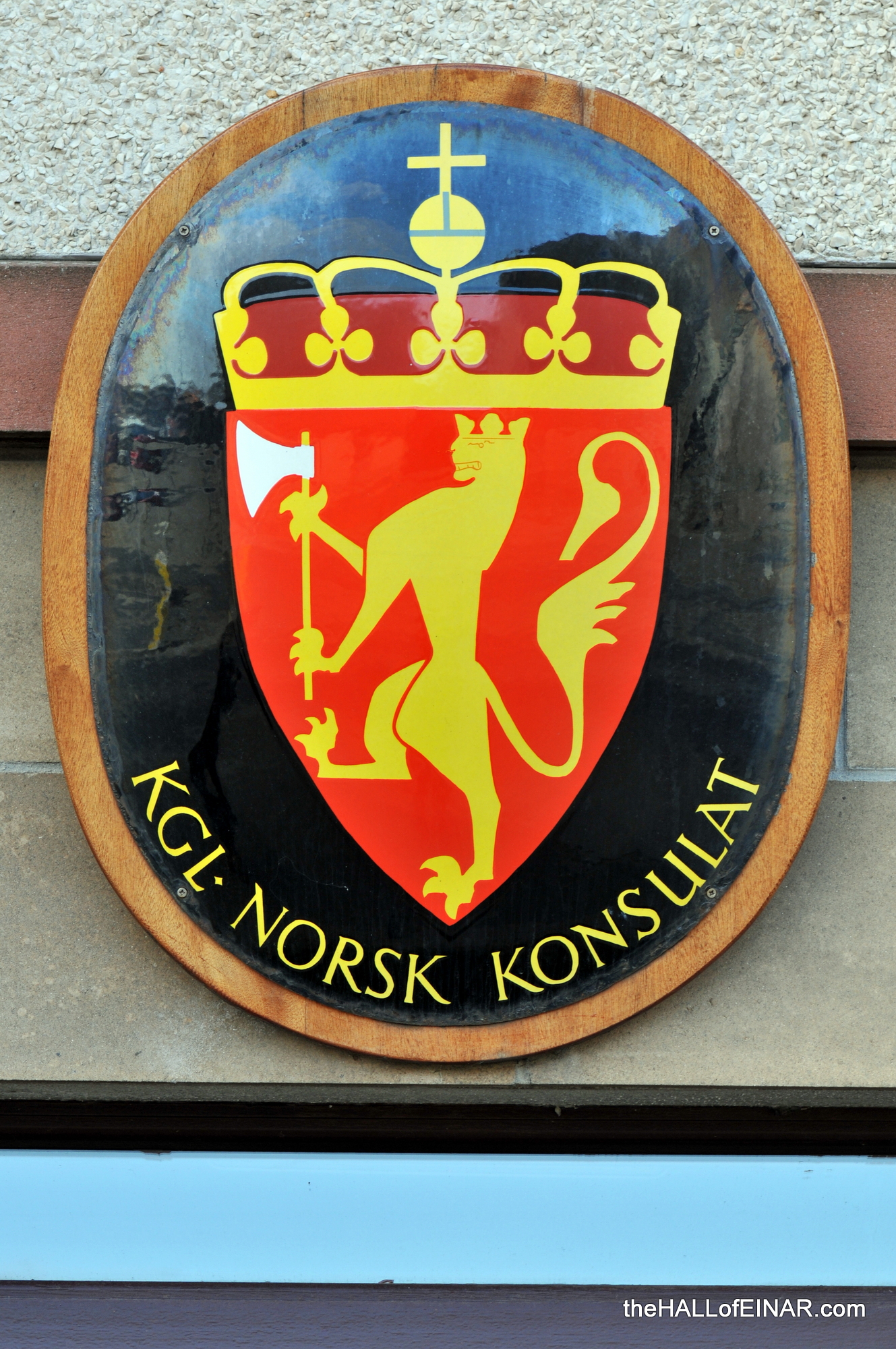