Nancy remembers the Hall as it used to be; a school. So does Catherine. “It’s the first time I’ve been in here since I left 60 years ago,” she says. There’s so much history and memory surrounding the building because generations of Westray folk went to school there, firstly in the peedie (small) end and then in the big end of the two-room school. The great news is that three books are planned on the three schools on the island – and the first is on the Skello School or the Skelwick Academy School which is now Einar. Not many people have books written about their houses. I feel priviledged. Making measurements, drawing plans and recalling their memories, Nancy and Catherine reminisce about their days. “The toilets were a bucket with a wooden lid. And we had to use newspaper, everybody did. The newsprint rubbed off. It’s a good job I wore navy knickers!”

Times have changed, but given the state of the house now, not by much. 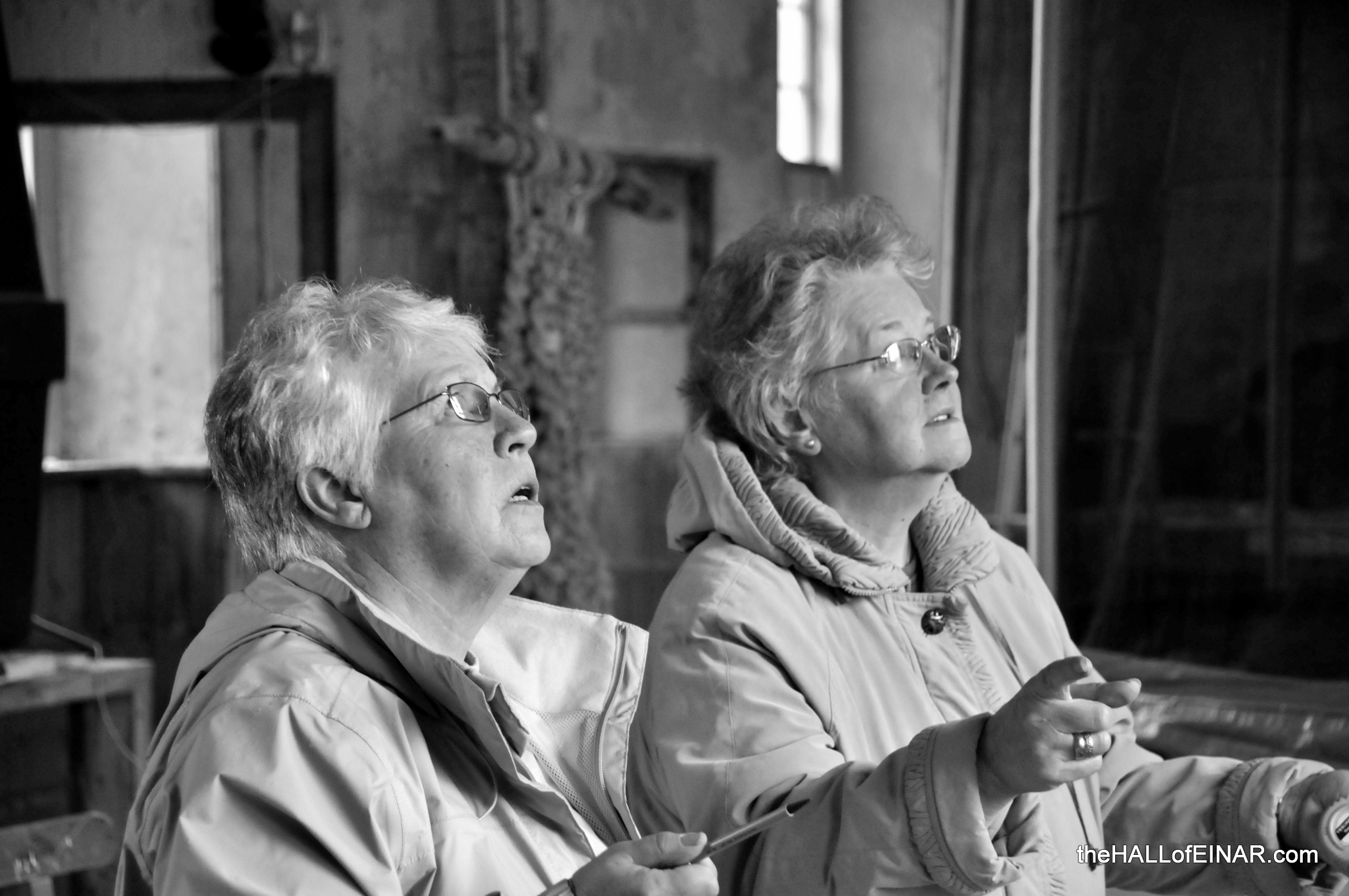