Despite the wind the Westray flag resolutely refuses to flutter in the breeze. The people of Westray didn’t choose it but they have found it essential for generations. It took about 10 million years to make. It’s all forms of grey in colour and is currently 175 metres deep. What is the Westray flag?

It’s the stone that Westray is made of.

Orkney looks as boring as possible on a geological map – it’s just the one colour and made of flagstone. That flagstone is a sediment from 380 million years ago when the whole of Orkney was in the southern hemisphere and covered by a vast inland lake called Lake Orcadie. Today the coast of Westray shows the eroded remains of fossilised freshwater fish and hundreds of examples of fossilised mudcracks, beach wave patterns and even the depressions from rainfall on mud.

Walking along the Bay of Swartmill I find a large section of fossilised freshwater beach with wave patterns as fresh as those on the shell sand beach near where it sits. I run my hands over the surface of the ripples, 380 million years after they were made. 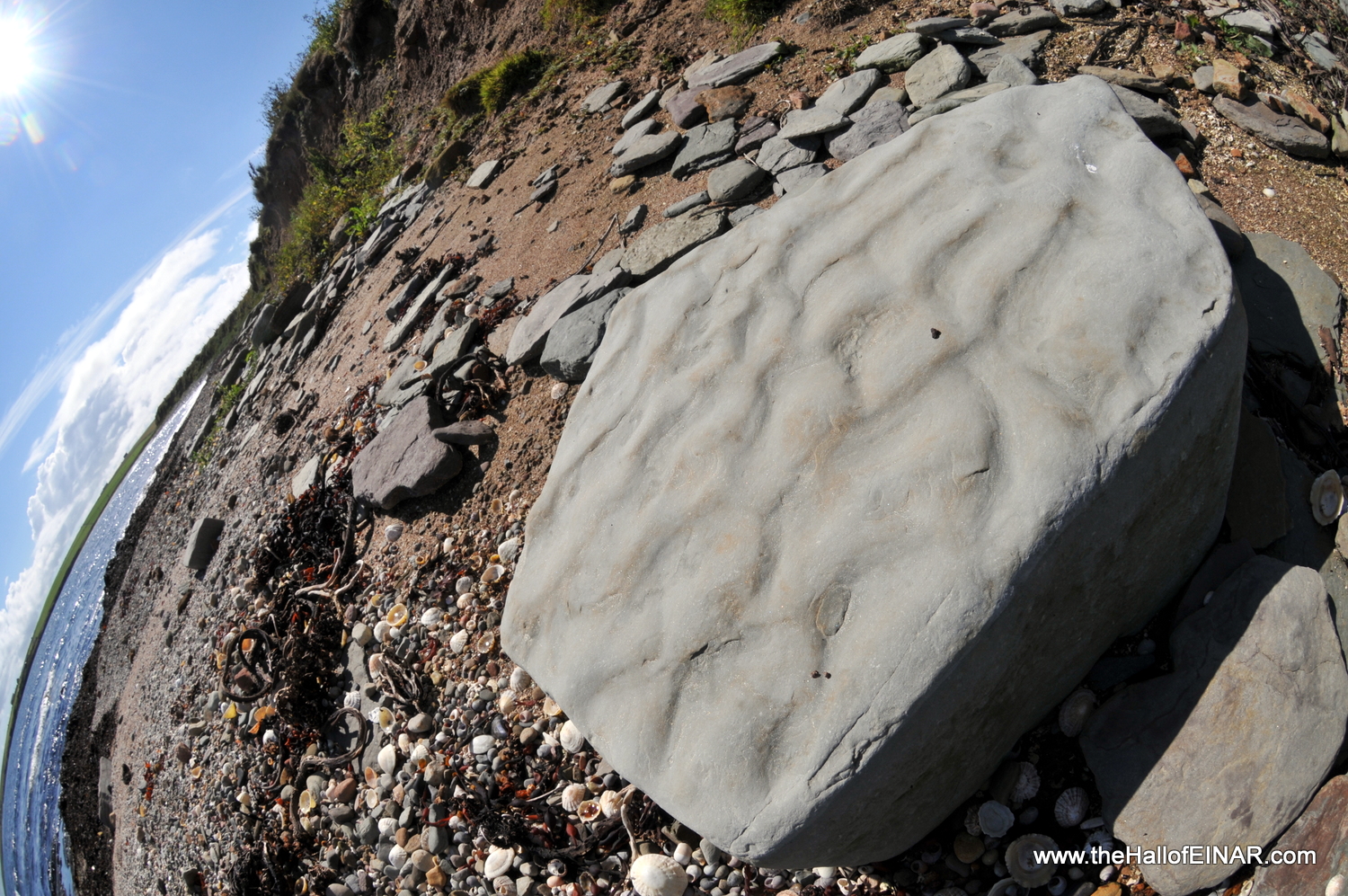