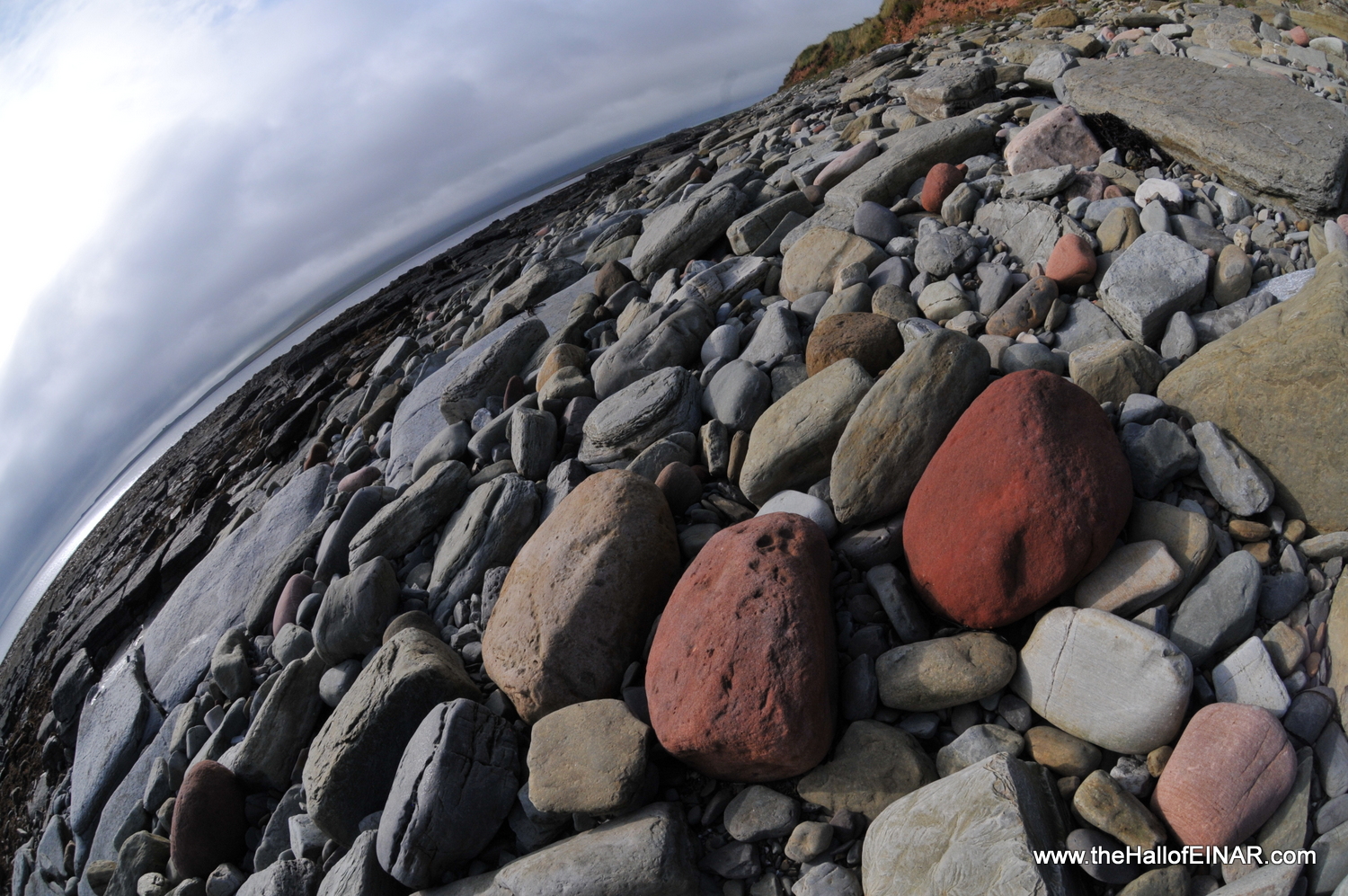 It’s easy to tell an incomer on Westray. They stick out like a sore thumb. I’m one of them, I should know. Depopulation has had an effect on life here and Westray has responded by the people being warm and welcoming. I’m told other island communities aren’t the same and people have found a frosty welcome when they’ve moved into other islands. Here, if you’re prepared to work hard and join in then you’ll find eager arms. You’ll still always be an incomer though.

Here are three incomers on the beach at Taftend. Sandstone pebbles lie on the beach, some of them as big as boulders. They stick out like a sore thumb. There’s no sandstone on the Island, so where did they come from and how did they get here? They certainly couldn’t have been washed here randomly by wind and waves. No, these ‘erratics’ are here as a result of the last ice age, dragged here by huge movements of ice from nearby Eday and finally abandoned here 15,000 years ago when the ice retreated as the North Atlantic drift started to bring mild weather and created modern Orkney.

Will there be a large movement of people to repopulate the island? Only time will tell.