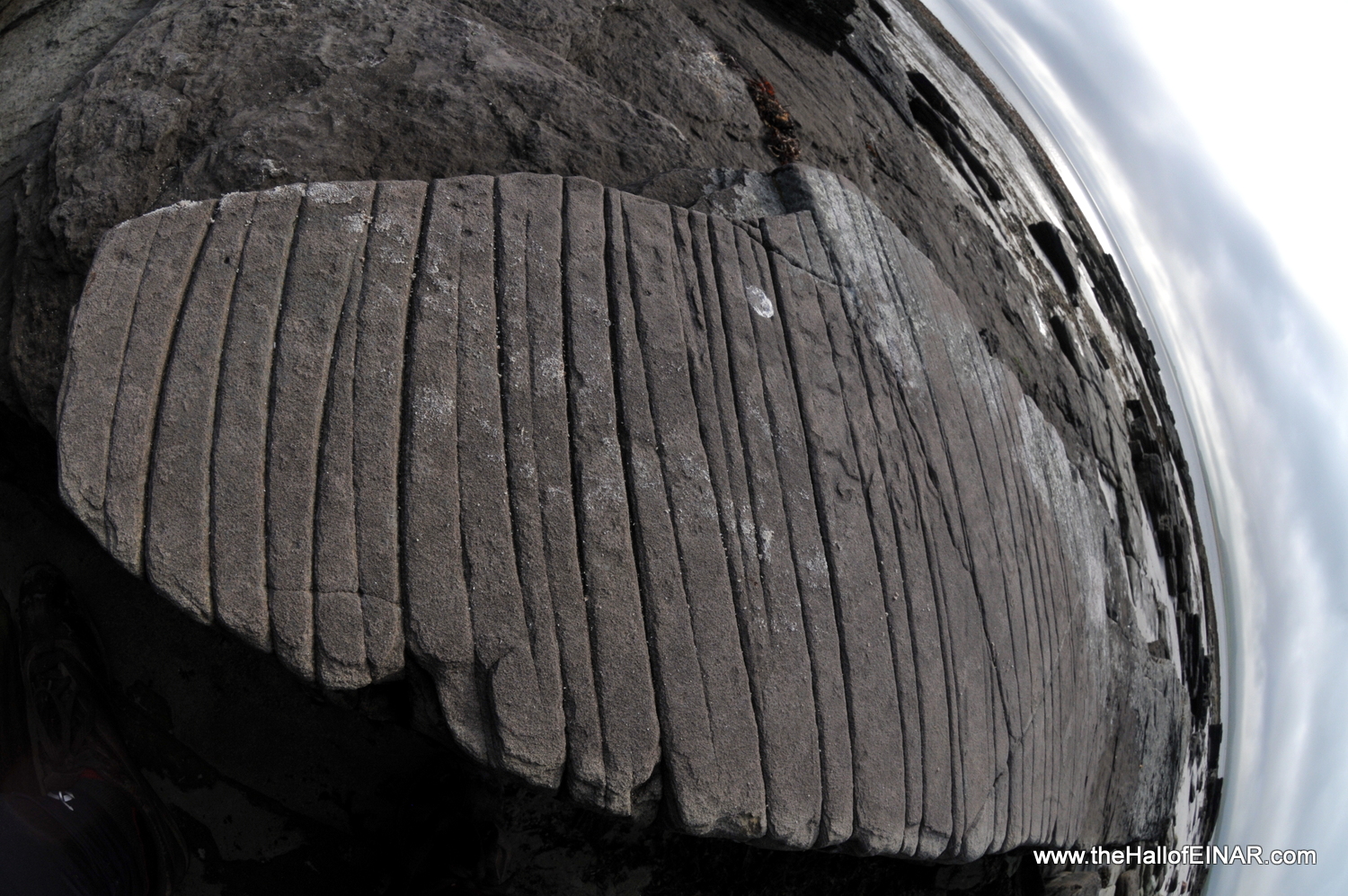 There are so many patterns on rocks here it’s dizzying. There are magnificent beds of wave patterns from fossilised freshwater beaches 380 million years ago. There are rock strata outcropping on headlands. There are fossilised fish remains, fossilised mud cracks and fossilised worm burrows and even evidence of the fossilised footprints of ancient water scorpions. There are algae, seaweeds and lichens, limpets and dog whelks and barnacles.

Then there are bare scratched rocks like this. These deep scratches were etched by glaciers in the last ice age. This one is detached from the bedrock, but when attached they all point the same way, with glaciers advancing from east to west bringing grinding stones from Scandinavia to etch deep channels in Westray’s rocks. Glacial striations. Now that’s so cool it was freezing.

One Response to "Grooves and Scratches"