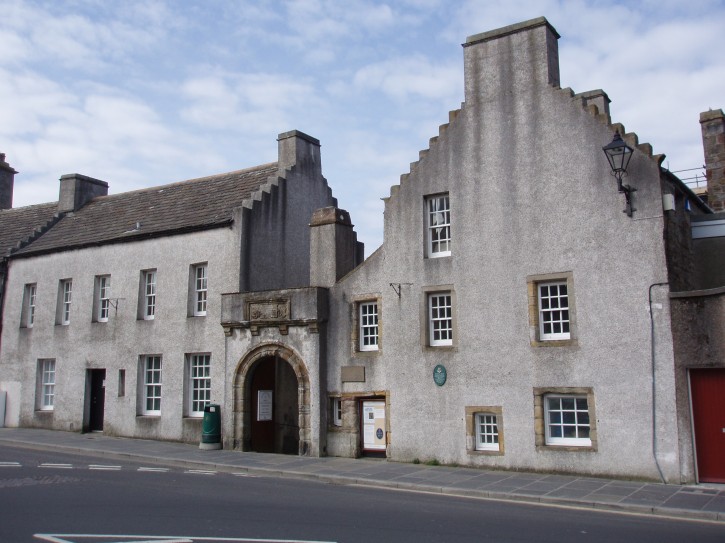 Red MacGregor. It’s a name to conjure with. An elusive beer, rumoured to exist in the keg. Tonight I aimed to find a pint.

It’s the evening of a major European night of football. At least it is if you’re in England. I’m not. I’m in Orkney. I’ve an evening to spend and rather than nursing a pint and a book tonight I want to see some football. I ask around and get sent to a hotel in the middle of the village-sized city of Kirkwall. Will they have the football on? Will they be interested? Will I be able to watch it? In a place with a reputation for supporting any team against England will they support an English team in Europe?

The place is packed. Eager, hard working men having a relaxed chat and a meal with friends. Laughing over a drink. They’re supporting Manchester United. The carpet is an intense blue tartan and several of the men have deep, deep red hair. I go to the bar and feel a rush of excitement at seeing the pump primed with Red MacGregor. I order a pint and haddock and chips. I’m in a pub with red haired men supporting the Red Devils drinking Red MacGregor.

I had finally found Red MacGregor, but I had found something else too; something I hadn’t expected.

The Fine Wine Company describes Red MacGregor as: “An outstanding mid gravity beer which has a generous hoppy nose and a wonderful flowery hop flavour with a smooth malty finish.”