My son has another photograph he’d like to take. He’s researched it all and knows the route we’ll be taking and we’re sussing out the best places to park. It’s in a deep-walled dry canyon, and in photographs you could be convinced you’re in Antelope Canyon in Arizona.

One website I see says, “You’ll see a few local birds like kestrels and chiffchaffs and maybe even a raven or buzzard flying overhead.” That sounds good. As we arrive I see an eagle take off and fly low over our heads. I get a shot of it retreating. It’s a Booted Eagle, Aquila pennatus, I’m sure of it.

The barranco, or valley, is fascinating. It’s dry and ends in a dry waterfall. It’s cut vertically into the soft volcanic rock.

I can see why it’s called ‘Instagram-ready’.

Here’s my son to give it some scale:

There are several large families with young people here as well as us. There’s an art form in keeping them out of the picture.

Standing here is like being a temporary witness to a deep-time event.

My son has the photograph he wanted. I’ve acted as his camera’s tripod and remote shutter release. Later, I post a photo of the eagle on social media asking what species it is. The answer comes back, “Es un águila calzada morfo claro”, which appears to translate roughly into, “It’s a light morph road eagle”. Road Eagle? It’s a Booted Eagle. Lovely.

It’s got a full crop and has clearly had a decent meal recently. Which reminds me, I’m hungry. 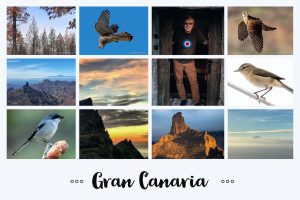 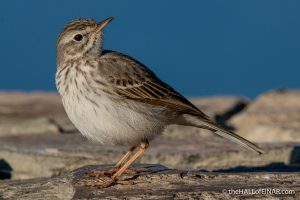 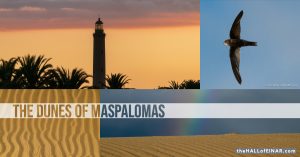 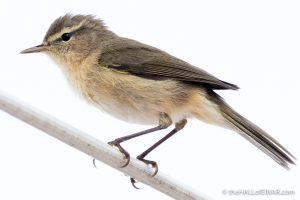 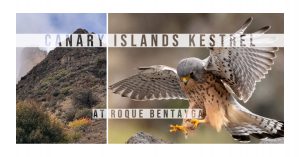 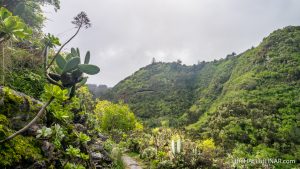 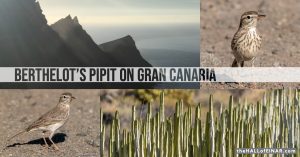 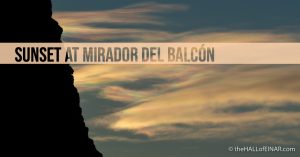