It’s five o’clock in the morning and she’s calling immediately outside our window. I think she wants her mate. The tone is insistent and demanding. There’s a female Lesser Kestrel just outside our bedroom window in Matera.

The Puffin Whisperer has definitely booked the right room. We’re surrounded by Lesser Kestrels and don’t even have to move to see them close up.

Isn’t she beautiful? I particularly like one of their defining characteristics which means you can tell it’s a Lesser Kestrel and not a Common Kestrel; the white fingernails.

I shuffle up to another window and can see a dozen in the skies above us. A few of them fly past the cathedral tower:

There’s a male in distinctive plumage at eye-level to us.

Then something very exciting happens; a male arrives with an Italian Wall Lizard in its grasp:

The lizard has long-since stopped moving and is gripped firmly behind the head.

He lands on the wall in front of our small terrace.

He’s not about to let go of it. I suspect it’s a gift for a female.

This female is on the rooftop immediately opposite our room. I love the colours of the lichen and flowers which surround her:

The males have such smart plumage.

It’s not just TV aerials on which they perch. This is my favourite composition of a Lesser Kestrel on the weather vane:

We have all day to enjoy them, and a cold beer on the terrace in the late afternoon. Perfect. 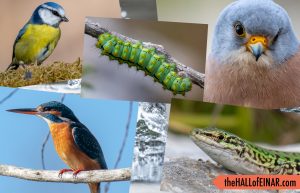 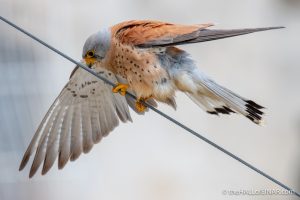 The Lesser Kestrels of Matera #10 When a Lesser Kestrel lands on a wire outside our bedroom window I know what I want to do. I… read more 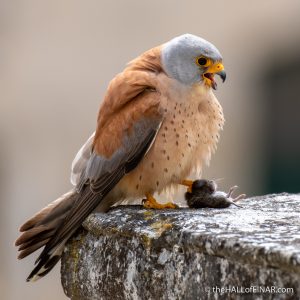 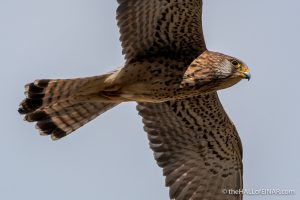 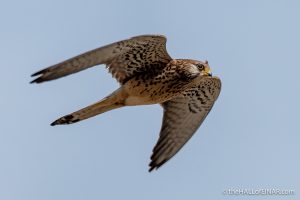 The Lesser Kestrels of Matera #6 Matera. Just look at it. Isn't it magnificent? What a city! The ancient heart of the stone city of Matera… read more 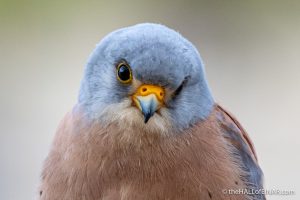 The Lesser Kestrels of Matera #5 We've just been on a brief trip to one of my favourite places. It's Matera, in the south of Italy.… read more 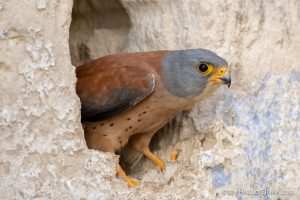 Lesser Kestrels on the rooftops We're on a residential street in the middle of a city. In a wall there's a hole in the stonework… read more 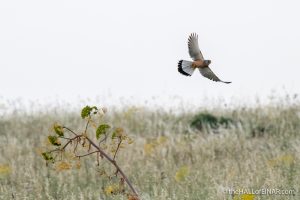 The meaning of Sickle The word falco, from falcon, means sickle. We're watching Lesser Kestrels hunting in the fields outside Matera. It's a breathtaking… read more 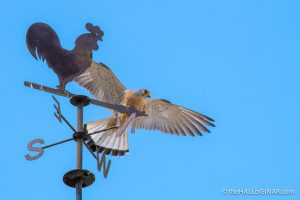 Grillaio in Matera The Lesser Kestrel is such a disappointing English name for such a fantastic bird. The Italians call them Grillaio, after… read more