Scaffolding follows me wherever I go. I spent months with scaffolding on both the front and the back of my house. Every morning when I opened my curtains, a man in a hard-hat was staring back at me. I went on holiday to Rome and all the beautiful buildings were shrouded in scaffolding. The Colosseum? Under scaffolding. Romans say the scaffolding is only there to hold the huge advertising hoardings and no work is actually being done underneath. They, of course, say that mainly with their hands.

Flying over the islands of Orkney in a light aircraft I was keen to see the island of North Ronaldsay. I’ve never been there but can see the lighthouse blinking from the bedroom at Einar. There’s a beautiful 1789 stone lighthouse which now has a huge ball finial on top so it acts as a sea-mark. It’s called the Old Beacon and was featured in the Restoration TV series in 2006. The Old Beacon? Under scaffolding. 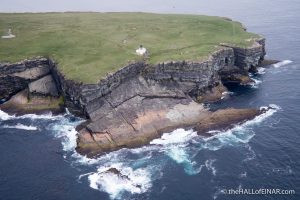 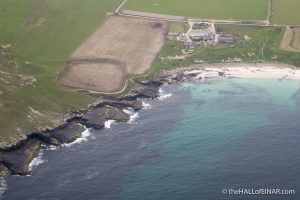 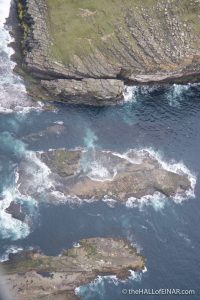 The Grip of Cleaton The history of Westray is told in two small volumes. One is its telephone directory, with its handful of names,… read more 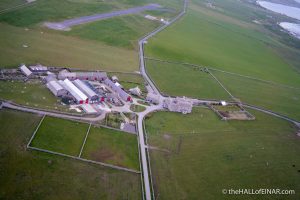 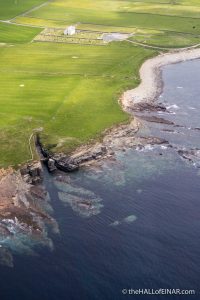 18 inches of pew St Peter's Kirk in Sandwick on Orkney looks so beautiful in the low sunshine, standing quietly alone in its graveyard.… read more 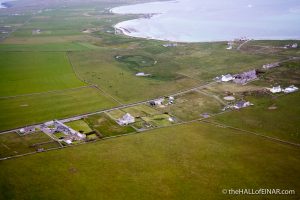 St Anne’s Kirk, Papa Westray, from the air I've got three cameras with me, sitting in the back of a four seater aircraft flying over the islands of… read more 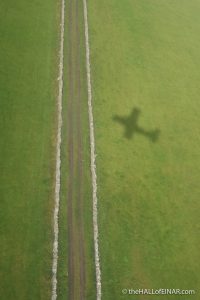 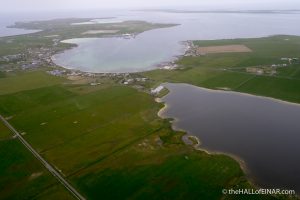 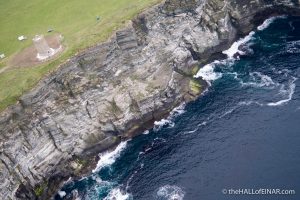